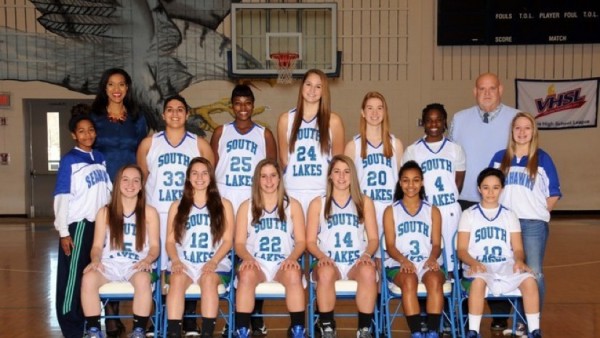 The South Lakes High School girls basketball team began its season with a No. 13 ranking and a 57-18 victory over Stone Bridge on Tuesday.

The team returns nine players to the squad that advanced to the VHSL state tournament in 2012-13. The girls were ranked No. 13 this week by The Washington Post.

Senior Abigail Rendle, who has signed with William & Mary, led all scorers with 15.  She also had nine rebounds, five steals and three blocked shots. The Seahawks led 24-2 at halftime.