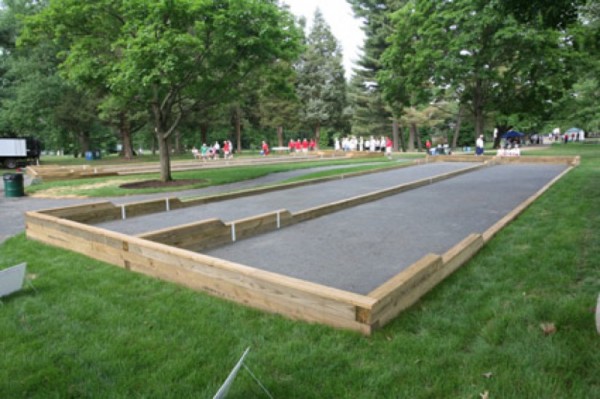 Coming soon to a Reston Association field near you: Bocce ball

The RA board unanimously approved a motion on Thursday to authorize the construction of a bocce court on Reston Association Common Area located at Cabot’s Point Recreation Area off of South Lakes Drive.

The idea was introduced by South Lakes Director Richard Chew. The proposal is subject to a few conditions — the final design and location of the court is to be reviewed and approved by the RA staff, and the Design Review Board and funding for the construction of the facility (including but not limited to landscape materials, benches and a picnic table ) will be provided by the Friends of Reston for Community Projects. The Friends will set an initial fundraising goal of $2,500.

RA’s responsibilities — once the required approvals and funding have been obtained — will be to prepare the site for construction, provide ongoing maintenance of the facility and promote bocce as a new recreational amenity for Reston.

Chew and at-large directors Ken Knueven and Andy Sigle have been looking into adding bocce for several months. Chew says in the proposal that bocce would be a “great addition to our recreational facilities and add a low-cost recreational amenity that is accessible to RA Members regardless of athletic ability, gender, age, or skills.”

He says that bocce, a sort of lawn bowling that dates back to Ancient Rome, has become popular among people of all ages around the world.

The proposal points out that the Cabots Point location is ideal because it has an existing tot lot and the court can be located in a manner to preserve most of the open grassy area. The location also has ample parking, is within walking distance to the South Lakes Village Center, and is close to the Reston “corridor” redevelopment.

The proposal says there should be minimal visual impact on surrounding properties, and the plan is to add additional landscaping to help blend the court into the existing park. The space would be a 12-by-60 foot bocce court with a stone dust or oyster flour surface in the western corner of the park. Benches and landscaping would also be considered for the court area.

Photo Courtesy of Joy of Bocce.