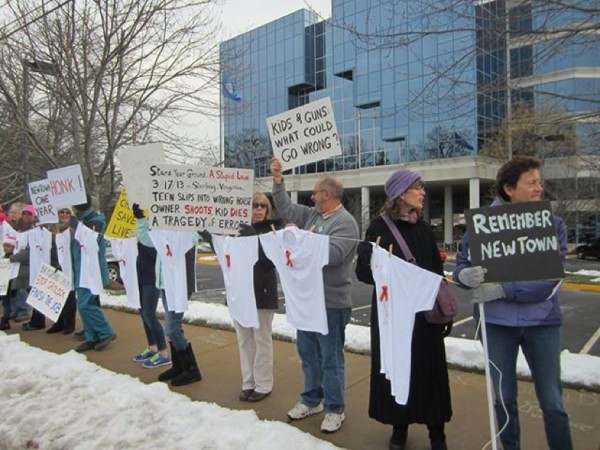 Remembering Newtown Victims Locally — A large group protested in front of National Rifle Association headquarters on Saturday. The date, Dec. 14, marked the one-year anniversary of the shootings at Sandy Hook Elementary School in Newton, Conn., in which 26 were killed (including 20 children).

Taking part in the protest was the Reston Herndon Committee Against Gun Violence, a local group that has marched at the NRA on the 14th of every month since the 2012 shooting. [Washington Post]

Fairfax County is No. 4  — Fairfax County came in No. 4 in the most recent rankings of the nation’s wealthiest counties, according to the U.S. Census Bureau. Fairfax, with a median household income of $106,000 was No. 2 a year ago. Loudoun County held on to its top spot. [Washington Post]

Ready to Recount — The Virginia Attorney General race begins its recount Monday in Fairfax County, as well as a few other jurisdictions, then continues statewide later in the week.  Fairfax, as well as the cities of Alexandria and Chesapeake, are getting a head start because of the extensive hand counting of ballots in their recount or simply the sheer number of ballots and machines to be checked. Democrat Mark Herring should know by the end of the week if his 165-vote edge holds or if Republican Mark Obenshain will be the new AG. [Virginian Pilot]