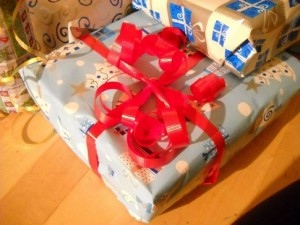 Put off Christmas shopping until the last minute? Several national chains with nearby locations are ready for you. For the first time ever, several of them will be open 24 hours a day starting this weekend right through Christmas Eve on Tuesday.

Macy’s at Tyson’s Corner Center is one of 37 Macy’s stores nationwide that will remain open 24 hours a day as Christmas approaches.

Starting Friday at 7 a.m., Tysons Corner Macy’s will open around the clock until 6 p.m. Christmas Eve.

That’s 107 straight shopping hours in case you are counting.

Toys R Us, which has locations nearby in Sterling and Fair Lakes, will open Saturday at 6 a.m. and remain open until 9 p.m. Christmas Eve. They will also offer shoppers the option to buy items online and pick them up in-store within an hour.

Kohl’s, with locations in Herndon and Sterling, will open its doors at 6 a.m. on Friday and remain open until 6 p.m. on Christmas Eve.

Meanwhile, Target has extended hours. The Reston store will be open 8 a.m. through 11 p.m. as Christmas approaches.