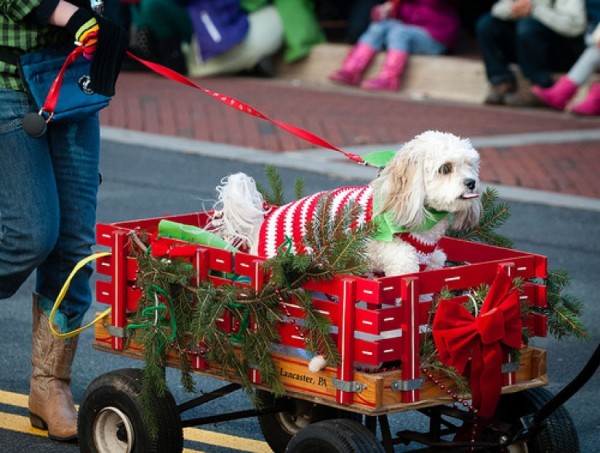 Welcome to Vinifera — Vinifera Wine Bar & Bistro at the Westin Reston Heights has a new executive chef.  Now on board:  Vienna native John-Michael Hamlet. Hamlet, 38, formerly worked at the late Vienna restaurant Le Canard, with food service management company Compass Group USA and at Stone Manor Inn in Maryland. He also appeared on an episode of Food Network’s “Chopped” in 2010  and graduated from the Culinary Institute of America in 1996. He replaces the previous chef, Bo Palker, who now works at Arlington’s Pinzimini. [Northern Virginia Magazine]

Did McDonnell Divert Gift-Scandal Charges? — Sources say Gov. Bob McDonnell and wife Maureen fended off a federal grand jury indictment by pleading their case to authorities last week.  The McDonnells have been dealing with an investigation whether their received improper gifts from supporter Jonnie Williams. They still could face an indictment after governor-elect Terry McAuliffe takes office Jan. 11. [Washington Post]

Paul VI High School to Move to Loudoun? — Paul VI Catholic High School says it is considering a move from Fairfax to South Riding, which would allow a major expansion for the school. The move would not happen for several years. [Fairfax City Patch]

Attention Target Shoppers — If you have shopped at a Target store in the last few weeks, you could be one of 40 million credit and debit accounts that may have been breached. The chain said customers who made purchases by swiping their cards at terminals in its U.S. stores between Nov. 27 and Dec. 15 may have had their accounts exposed and shoppers should check their bank statements. [WTOP]