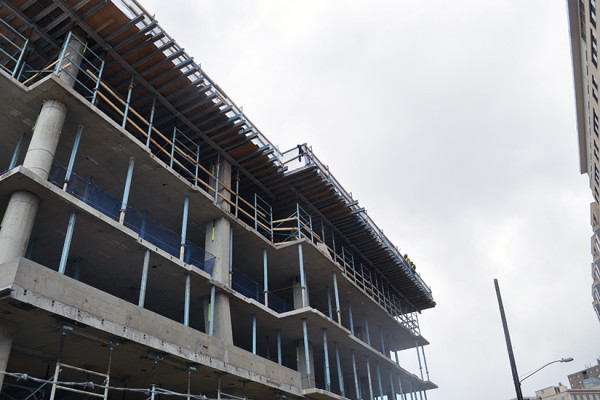 The new residential building under construction on Reston Parkway now has a name and a pre-leasing website.

Meet The Harrison Apartments, two 14-story towers under construction at the site where 82 Parc Reston units in three low-rise buildings used to stand at Reston Parkway and Temporary Road.

The building has been under construction since the summer of 2012.  The building is expected to be completed in summer 2014.

When it is complete, The Harrison will have 360 luxury one-, two- and three-bedroom rental units. It is located just across Reston Parkway from Reston Town Center and The Spectrum, which is expected to undergo massive redevelopment in the next few years. The Reston Parkway Metro stop, expected to open in 2018, is also nearby.