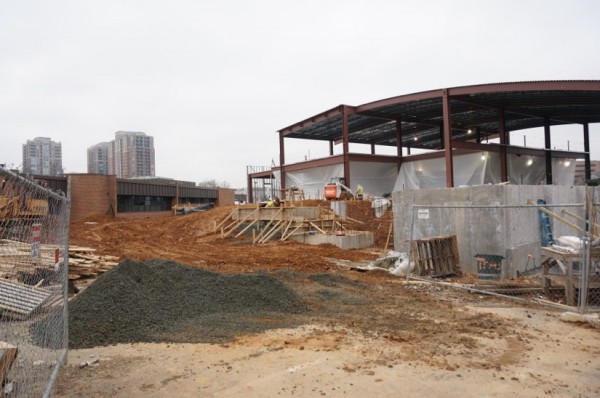 The construction crews are hard at work on Fairfax County’s new, $18 million Reston District Police Station. The building, expected to be completed later this year, towers over the outdated current building, which will be torn down after the move.

Nearby, Cameron Glen Rehabilitation Center is preparing to close the 173-bed facility later this year. Most patients will move to a new facility, Potomac Falls Health and Rehabilitation in Loudoun. Both care facilities are owned by Commonwealth Care of Roanoke, but Inova owns the land parcel on which the Cameron Glen sits.

Meanwhile, voters in 2012 approved a $25 million Fairfax County Public Library Bond , $10 million of which will be allocated to building a new Reston Regional Library. 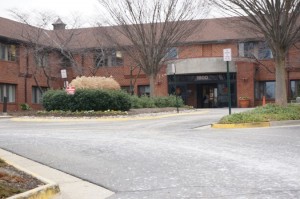 Even with these developments already underway, the longterm plan for what developers call the Town Center North area is still a work in progress. The 47-acre area is bounded by Baron Cameron Avenue, Fountain Drive, and Town Center Parkway and Reston Parkway. The land is owned by two parties: Fairfax County and Inova.

The area currently sees a variety of uses — from Embry Rucker Community Shelter (and a few people living in the woods across the street) to open space to the soon-to-be empty nursing home — planners will take the next steps to determine what the best use is as Reston moves forward as a dense, transit-oriented community.

But at more than one-quarter mile from the future Reston Parkway Metrorail Station, how urban should it be?

The Town Center North area still must go through the county master plan process, but Mills says an interim report might be completed later this year.

In the Reston comprehensive plan amendment, which the county planning commission will revisit on Jan. 9, the area is “planned for up to a .90 FAR for non-residential uses, which should include office, public, institutional, medical care, hotel, and retail uses, and a minimum of 1,000 residential units. The public uses may include public safety uses, libraries, shelters, schools, a recreation center, government offices, a performing arts center, and institutions of  higher education. Some of the existing residential uses may maintain their current use, density and character.”

“Town Center Metro North should become an extension of the Town Center urban core – rich with nightlife, signature restaurants and retail, perhaps a hotel with convention capability, an augmented office presence, a strong residential component consistent with transit-oriented development, and potentially at least one prominent civic use,” the subcommittee report reads. “In combination, these additions to the Town Center will make it a rich and balanced destination-origination station that will be a unique asset to Reston.”

Around the same time, Reston architect Guy Rando and a citizen committee released a report envisioning the land as a vast Galleria-style, climate-controlled park and city center featuring butterfly  gardens, a Shakespeare theatre and shopping.  Another suggestion was for Cascades Park with a large water feature.

On a less grand scale, community members (also in 2010) gave feedback to the county about the area. The consensus:  They would like an environmentally excellent area that is an extension of the Town Center uses with a prominent urban/municipal focus and ample open space.  The land should include the new government center, a recreation center, better bike access, adequate circulation to the Metro station. The citizens also said the Embry Rucker Shelter should remain.

More recently, the Town Center North area has been mentioned as a potential spot for building a new Reston Community Center. RCC, seeking to build a new facility with a 50-meter indoor pool, did a feasibility study of building the $35 million facility at Baron Cameron Park, where land would be free as part of a partnership with the Fairfax County Park Authority.

After garnering community feedback, the RCC Board of Governors looked at 10 other nearby spots, and eliminated all but Town Center North as possibilities. 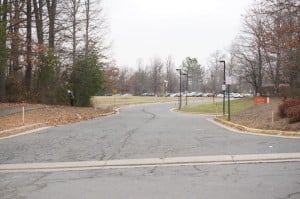 The RCC Board said 22-acres of the Town Center North site – the current site of the library, police station, open land and Inova buildings, is a good alternative because it is located close to other public facilities, is in the center of Reston growth and is easily accessible.

“Our assumption is the land — whether at Town Center North or Baron Cameron — would be contributed,” she said. “That’s what elevates these two locations above others.”

Additional contributions is a recreation center at Town Center North could come in the form of developer proffers as the center could potentially be part of a bigger mixed-use project, said Gordon.

“We strongly support Town Center North being considered as a location for the rec center, if it’s built,” he said.  “It’s a central location for Restonians generally, and it will be close to the growth we’re anticipating in the coming years.  If the rec center is being built (at least in part) to address the recreation needs of our future citizens, it makes sense to put the facility where the new residents will be.  And a lot of them will be in or near the Town Center.

“Beyond that, we’d like to see the redeveloped area contain a large central park.  Open space is a vital part of Reston, and we’ll need more than pocket parks if we’re going to live up to the “Play” part of “Live, Work, and Play.”