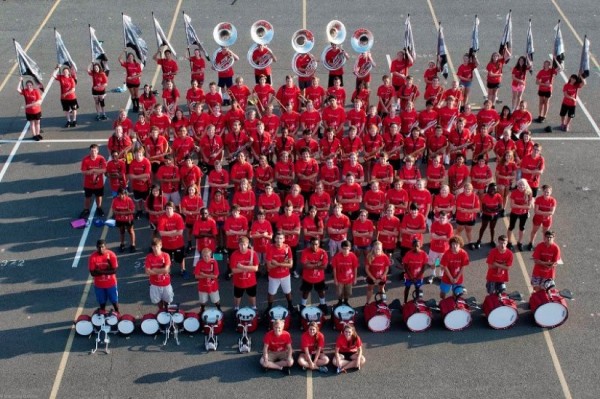 Big Honor for Herndon High Band — The Pride of Herndon, fresh from winning grand champions at the Pearl Harbor Day in Hawaii, was given a commendation by Rep. Gerry Connolly. [Herndon Patch]

Fairfax County Sets Up Emergency Warming Centers — With record cold bearing down on the area Tuesday, the county will use many libraries, community centers and the Fairfax County Government Center as places to get out of the elements [Fairfax County Emergency Blog]

Cool New Cars for Metro — Metro gave a sneak peak at its new Series 7100 rail cars on Monday. Features include a sleek look, as well as high-tech communications and safety upgrades. [DCist]

Virginia Bars Can Now Advertise Happy Hours — Starting Jan. 29, restaurants in Virginia will be allowed to advertise the fact that they offer happy hour specials. That’s the result of new Va. Dept. of Alcohol Beverage Control rules. However, restaurants are still not allowed to advertise the price of the drinks on special. Other alcohol-related “blue laws” that remain in effect in Virginia include a ban on open bars with unlimited drinks and a ban on serving mixed drinks by the pitcher. [Washington Post]