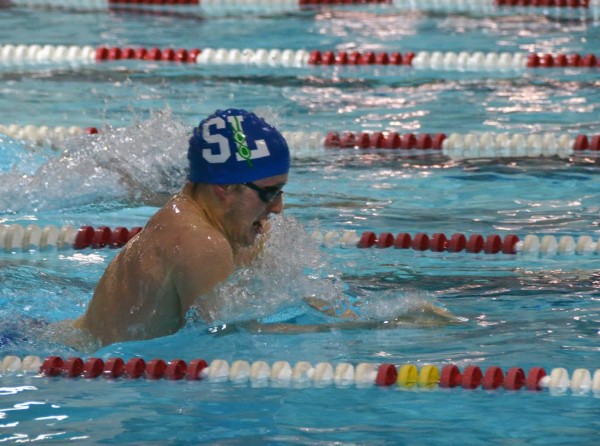 South Lakes High School had strong performances by individual swimmers, but both teams were defeated by Langley High School in a dual swim meet on Friday at Spring Hill Rec Center.

• A one-two finish for Sasha Avilov (first) and Madeleine Daum in the 50 yard Freestyle.

• A win for the 200 Freestyle Relay team of Groves, Avilov, Kaylyn Macaluso, and Malina Stassinos.

• A win for Gryski in the 200 Individual Medley.

• A one-two finish for Tyler Ellis (first) and Dylan Hawley in the 100 Butterfly.

• First place finishes for Sogandares in the 100 Freestyle and 100 Breaststroke.

• Wins for Bradley Torrington in the 500 Freestyle, and Johnny Micka in 200 Backstroke.

Girls basketball — The Seahawks are 13-1 and ranked No. 6 by The Washington Post in this week’s poll. Tuesday’s game against  McLean was postponed due to the snow day. The girls host Washington-Lee Friday at 7:30 p.m.

The team has won five games in a row, including a 66-44 victory over Langley last Friday in which four players scored in double figures. The girls followed that win with a 67-6 1 victory over Franklin County Saturday. That game was part of the 2014 STAT VA Classic in Richmond, a tournament for the top finishers in Virginia last season.