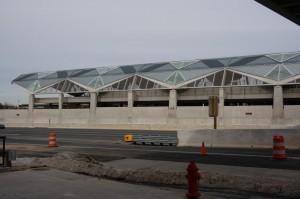 The draft master plan for Reston’s share of the Dulles Corridor and the Town Center area will be the subject of a public hearing by the Board of Supervisors next Tuesday, Jan. 28, 4:30 p.m., in the Government Center auditorium. It will be the last chance for Restonians to present its concerns, views, and suggestions on the draft plan before the Board considers amendments and approves the draft plan.

As it stands now, the draft plan overwhelmingly represents the views of developers and land use attorneys who numerically dominated the task force. Reston’s leading civic groups—RA, RCA, and ARCH—and a few other independent Restonian members of the task force have been active voices over the last four years, but their voices and votes have been drowned by the special interests of the majority developers, landowners, and attorneys. Their view is that the plan should stay out of the way as exemplified by the dozens of references to “flexibility” throughout the draft plan, attempts to limit commitments to open space, sustainable development, architectural review, controlling traffic congestion growth, and commercial vs. housing balance commitments throughout the process.

Even the Planning Commission has amended the draft Plan on its way to the Board by cutting out a proposed requirement that new construction be reviewed by RA’s Design Review Board. The likely result: A developer-dominated design review board (if any) that won’t care about architectural excellence—a key Reston planning principle. For example, see the results around Wiehle and Sunset Hills from the previous RCIG Architectural Review Board (ARB). Would you like to see a high-rise version of that asphalt and concrete mess?

The situation has not been helped by the fact that County property tax revenue coffers have been stagnant for years, and the Board has been criticized by national bond rating agencies (“outlook negative”) for its overspending in a tighter economic environment as Federal tax dollars for employees and contractors has declined with the recession, sequestration, and irresponsible government shutdowns. All of this has led the Board to focus on generating more taxable property growth in its urbanizing areas—Tysons, Reston, Springfield, and others—no matter what the community costs. That is a far easier course of action for the Board than cutting budgets or increasing tax rates.

RCA’s Reston 2020 Committee has written extensively about the issues and opportunities a new Reston master plan needs to address. It has produced more than a dozen major papers, many approved by the RCA Board of Directors, available from links on its website detailing these issues and opportunities. As the task force process began steamrolling toward its conclusion last autumn, RCA’s representative called up on the task force to produce a draft plan that befit this planned community. It has not.
It is now up to you, Reston residents, to make your voice heard unless you want to see a Dulles Corridor that:

I would ask that you each consider whether it is worth your time to attend the hearing next Tuesday to hear what your community representatives (and developers) have to say and, if you are willing, to present a short statement (three minutes is the limit) to the Board about your concerns and ideas for building a better urban Reston area. To sign up to speak at the hearing, please go to this webpage on the County website.

It is our community’s last chance to make a difference in a plan that will guide the urbanization of Reston’s core for two or more decades. We need your help. Please attend next week’s hearing and testify if you are willing.