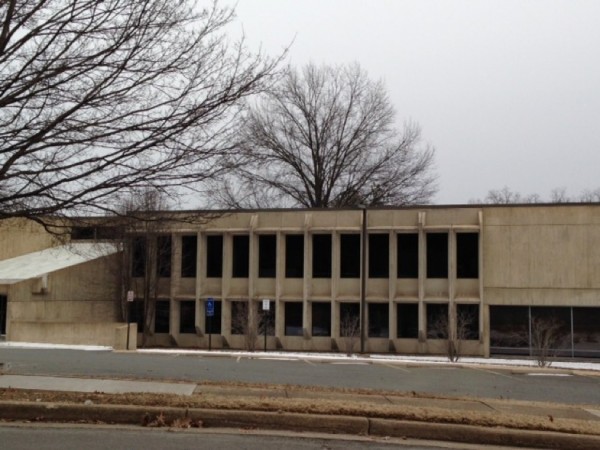 It has been nearly two years since the American Press Institute merged with the Newspaper Association of America and closed up shop at 11690 Sunrise Valley Dr.

The industry association was a 40-year tenant of the building,  a modernist design from Bauhaus architect Marcel Breuer.

Last June, the building was reportedly sold for $5 million to Francis Rooney and Rooney Holdings, according to Fairfax County land records.

Rooney is the majority owner of Manhattan Construction Company, which has led such projects as George Washington University Hospital, Founders Hall at George Mason University, the US Capitol Visitors Center, Dallas Cowboys Stadium and the George W. Bush Presidential Library.

But a For Lease sign hangs on the side of the building, which still sits empty.

What do you think relocate to the building? Should the architecture remain untouched? Should it subdivide for many tenants? It is very close to JBG’s Reston Heights Development, so should it coordinate with that hotel-retail-office-residential complex.

Think big. Tell us in the comments.