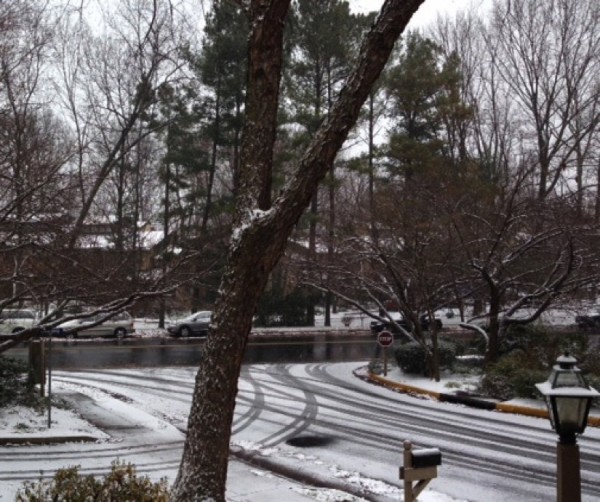 The Weather Channel is predicting that Northern Virginia will see the edge of a winter storm that will affect the Midwest and East Coast. But with temperatures around 50 the last fews days, the ground might be too warm to collect much accumulation.

The DC area will be right on the rain-show line of the storm. The Capitol Weather Gang predicts there will be several hours of precipitation on Monday. That could mean heavy rain — or it could mean up to three inches of snow in Reston. Nearby Loudoun and Montgomery Counties are under a winter storm watch.

Either way, be prepared for a soggy commute. Reston Now will update this story later Sunday if the forecast gets more specific.