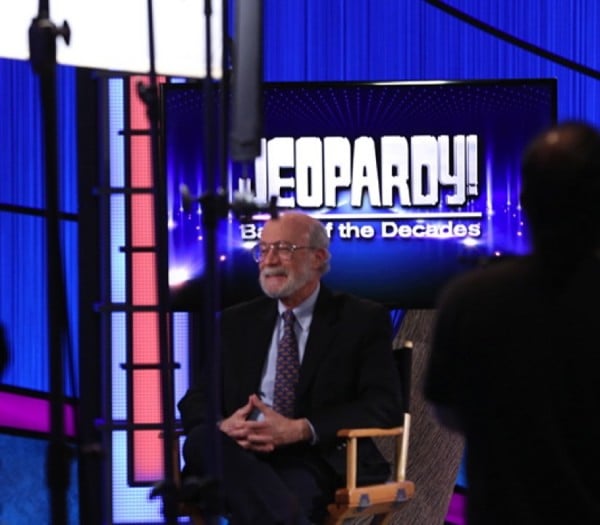 A Reston resident returns to the set of the TV game show Jeopardy this week as the show hosts “Battle of the Decades.”

Mark Lowenthal, a former State Department and CIA official and noted U.S. intelligence Community analyst, first competed on Jeopardy in 1988. He has been on the show twice since — winning the Tournament of Champions and pocketing a total of $154,901.

In addition to knowing the kind of random trivia and historic knowledge of a Jeopardy champ, Lowenthal has written five books and more than 90 articles or studies on intelligence and national security. His book Intelligence: From Secrets to Policy is a standard college text on the subject.

Another book he co-authored, with Chuck Forrest is Secrets of the Jeopardy Champions. Twenty-five years later, he will see if he still remembers the secrets to winning.

Lowenthal said he first thought of becoming a contestant when the show was on and he and his wife and other relatives were making dinner.

“I was just zipping through the questions,” Lowenthal said in Jeopardy promotional materials. “My family said ‘you ought to be on the show!’ ” He said he thought of a million reasons why not to try out — including they were then the parents of a newborn and had scarcely hired a babysitter.

Lowenthal won $49,901 in his first appearance. He was pretty pleased.

The original appearance also led to a cameo spot in the 1988 movie Rain Man. Dustin Hoffman’s character, who has autism, must watch Jeopardy as part of his daily routine. One of the segments he is watching in the movie features Lowenthal — who, incidentally, got the question wrong.