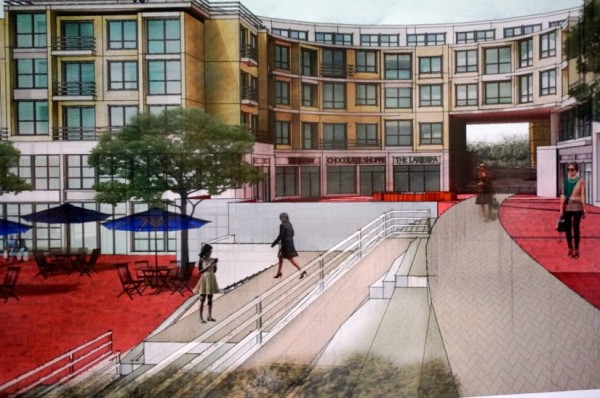 Lake Anne Development Partners showed Reston residents at a meeting Monday  its timeline for the transformation of Crescent Apartments and the Lake Anne area.

LADP, a division of Republic Land Development, was chosen by Fairfax County last summer to revitalize the county-owned affordable housing neighborhood and the surrounding area, which ideally will lead to a renaissance at Reston’s original village center. 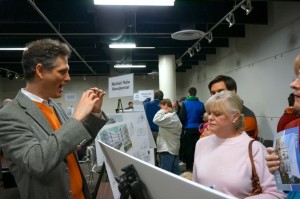 LADP plans include replacing the aging 181-unit Crescent Apartments with slightly more affordable housing, as well as mix of townhomes and multifamily dwellings. In all, about 1,000 new residential units are planned, as well as a new retail plaza, new access points to historic Lake Anne Plaza and nearly 200,000 square feet of new retail and office space.

Republic President and CEO David Peter says the zoning application has been submitted to the Fairfax County’s Planning and Zoning board and is now under formal review.

He outlined the expected review process at an open house at Reston Community Center Lake Anne on Monday. If all goes as planned, the developers expect to meet with county planning and zoning and Reston Design Review Board several times this spring. Peter says the plans should go to the county planning board between July and September of this year, which would put it before the Fairfax County Board of Supervisors early next fall.

There will be public meetings to gather input along the way, said Peter.

If the process goes smoothly, construction could begin in 2015. LADP has said it will be a multi-year process.

The current part of Lake Anne Plaza has historic designation and will not be redeveloped. However, with modern retail additions planned for where Lake Anne Plaza’s current parking lot is located, developers envision a stronger retail atmosphere overall.

Reston founder Bob Simon calls the plans “a fabulous project.” He was the original planner of Lake Anne — and will celebrate his 100th birthday and Reston’s 50th anniversary on the Plaza in April.

“I hope it goes through the bureaucracy very fast,” he said.