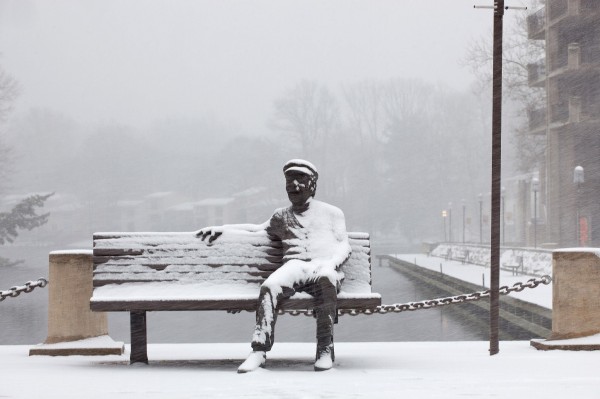 Is this the storm of the season?

It could be, weather forecasters say. The National Weather Service has issued a Winter Storm Watch for Northern Virginia for Wednesday evening and Thursday. The latest storm models Tuesday afternoon say that 8 to 14 inches of snow may fall later this week in the Washington area’s western suburbs such as Reston.

The snow is expected to start falling about 7 p.m. Wednesday and continue through Thursday.

If this forecast holds, this will add to the pattern of the snowiest winter around here in four years. Fairfax County Public Schools have already used up six snow days. The school system builds three snow days into the calendar. FCPS has already announced Feb. 17 (President’s Day) and April 7 (student holiday) will now be school days. It is likely there will be more snow days if more than a few inches fall here.

However, forecasters have gotten it wrong and storms have moved off-course before. Sometimes a storm tracks west or east of the region, and what is predicted to be a blizzard ends up being a dusting. Do you think they are right on the money this time?