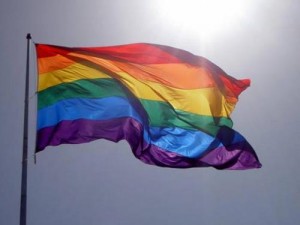 U.S. District Judge Arenda L. Wright said in her 41-page opinion that the nation has “arrived upon another moment in history when We the People becomes more inclusive, and our freedom more perfect.” She also mentioned the 1967 Loving case, in which overturned the ban on interracial marriage in Virginia.

“Gay and lesbian individuals share the same capacity as heterosexual individuals to form, preserve and celebrate loving, intimate and lasting relationships,” Wright Allen wrote. “Such relationships are created through the exercise of sacred, personal choices — choices, like the choices made by every other citizen, that must be free from unwarranted government interference.”

“Tradition is revered in the Commonwealth, and often rightly so. However, tradition alone cannot justify denying same-sex couples the right to marry any more than it could justify Virginia’s ban on interracial marriage.”

Virginia Attorney General Mark R. Herring (D) said the state will continue to enforce the prohibitions until the legal process is completed. Herring, reversing the state’s stance on the issue, joined two gay couples in the suit.

The decision in Virginia is similar to what federal judges in Utah and Oklahoma have used in reversing same-sex marriage bans. Both decisions are now stayed pending appeal. Seventeen states and DC now allow gay marriage.

“Yet another court has upheld the fundamental idea that gay and lesbian Americans are entitled to full equality under the law,” Griffin said in a statement. “Nearly 50 years ago, another Virginia case struck down bans on interracial marriage across the country, and now this commonwealth brings renewed hope for an end to irrational barriers to marriage for loving and committed couples across the country.”

Conservatives were not pleased with the decision.

“It appears that we have yet another example of an arrogant judge substituting her personal preferences for the judgment of the General Assembly and 57 percent of Virginia voters,” Tony Perkins, President of the Family Research Council, said in a statement.

“Our nation’s judicial system has been infected by activist judges, which threaten the stability of our nation and the rule of law. This ruling comes on the heels of Attorney General Mark Herring’s refusal to fulfill his constitutional duty to defend the state’s marriage law. His lawlessness is an insult to the voters of Virginia who rightfully expected elected officials to uphold the laws and constitution of the state, not attack them as Herring has done. ”

“Regardless of the desire on the part of conservative Virginians to pretend that it is not so, thousands of Virginians love someone of the same gender, an unknown number live together as partners, and some have already gotten married in other states,” Plum wrote in this week’s Reston Now column. “While an amendment to the state constitution defining marriage as being between a man and a woman passed in a referendum more than a half dozen years ago, recent public opinion polls show a majority of Virginians as accepting of same-sex marriage.”