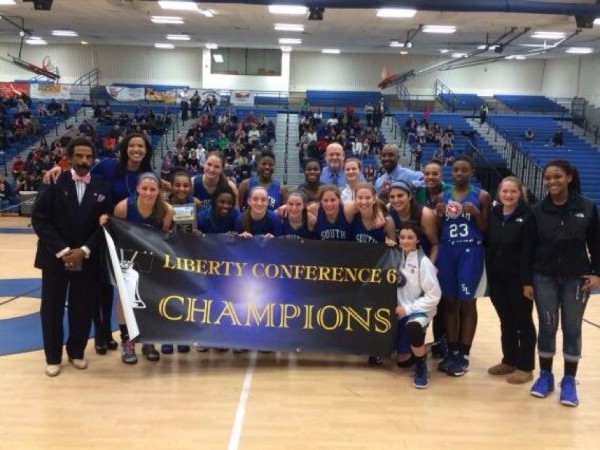 The boys (17-8, 8-1) held off Hayfield for a 60-59 victory Saturday. Brandon Kamga scored the game-winning layup with 3.6 seconds remaining. Kamga was among four SLHS players in double figures. The win was the fifth in a row for South Lakes, which has gone 11-1 in the last month of the season.

The boys team will play West Potomac at home Monday at 7:30 p.m.

The girls team (22-3, 8-1), ranked in the top 20 by The Washington Post all season, had little trouble with Madison in the Liberty final. The Seahawks defeated the  Warhawks 60-42.

The girls will host Lake Braddock at 5:45 p.m. Monday in Northern Region play.

Herndon High’s boys team (21-2, 9-1) also repeated as champions of their conference. They defeated the Robinson Rams, 79-67 for the Concorde Conference 6 title.

Herndon will host Patriot High School (Prince William County)  for the first round game of the Region 6A North Tournament on Monday at 7:30 p.m.