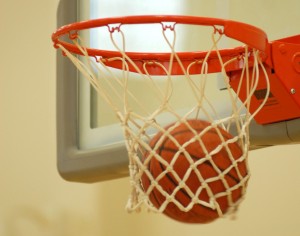 The South Lakes boys basketball team is hitting its stride at a key moment: The Seahawks won their seventh straight game on Tuesday, topping Robinson 55-49 in a Northern Region 6A playoff game at South Lakes.

The victory earns SLHS a place in the Regional Semifinals against Lake Braddock (22-3), which defeated Oakton on Tuesday.  The semifinal game is 8 p.m. on Friday at Robinson High School.

Herndon also advanced in the regionals. The Hornets (22-3), paced by Dorian Johnson with 27 points, beat Hayfield 94-83 on Tuesday. In the semis, Herndon will meet  W.T. Woodson Friday at 6 p.m. at Robinson.

The playoff run ended Tuesday for the South Lakes girls team. The Seahawks, ranked in the Top 20 by the Washington Post all season, fell to Centreville 64-61 Tuesday. The loss ended a seven-game winning streak for the Seahawks, which end the season 23-4.