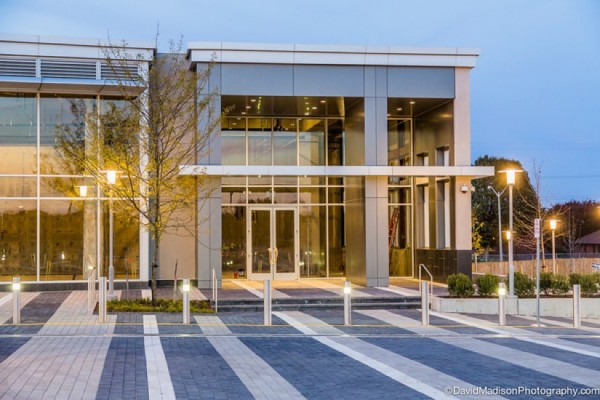 When the Metropolitan Washington Airports Authority announced earlier this week that the Silver Line still has issues to fix and would not be turned over to Metro just yet, it marked the third such delay in the last several months.

While there has never been an exact opening date announced for Phase 1 of the rail extension, which will run from East Falls Church through Tysons Corner to Reston’s Wiehle Avenue, it now looks like the first riders will not be aboard until at least this summer.

Original estimates speculated the Silver Line would open in late 2013 or January of 2014.

With many businesses and real estate markets counting on rail to Reston, does this affect anyone’s plans?

Maggie Parker, spokesman for Comstock, which is developing (along with Fairfax County) the seven-level parking garage at Wiehle-Reston East, as well as the mixed-use Reston Station development above the garage. The garage is ready to open. Construction of the plaza where retail will be located is finished, and construction on the luxury apartment building just got underway.

But so far, no Metro means no tenants.

“The delay does slow things down,” says Parker. “Interest in Reston Station has increased dramatically since the track work has been finished and trains have been testing. But the real impact will be felt once we have train service here.”

“Meanwhile, we have 3,300 lonely parking spots,” she added. “If the Metro were open now, we would certainly be much farther along [in leasing space].”

“The Silver Line delays should not affect business from Tysons to Reston,” he said. “Businesses are relocating to metro accessible projects for the long term benefit. Companies, like Intelsat and CVENT, have already signed so that they can attract and retain their employees that will utilize public transportation.”

Similarly, residential customers are being patient as well, says one Reston Realtor. The Reston area has been waiting for Metro service for decades.

“Everyone knows Metro is coming,” said Marnie Schaar of Long & Foster’s Reston North Hills office. “The weather this winter is what has had the biggest impact on buyers.”

Fairfax County real estate tax assessments went out this week, and the county says 88 percent of homeowners saw an increase in their home value due factors such as a strong economy. It is hard to say whether Reston-area values are impacted yet by proximity to Metro, something that has been predicted for years.

“I have heard of a few sellers who are waiting with the thought that once the metro station in Reston is opened, prices will climb,” she said.  “In my opinion, there has already been an increase in the prices, especially on those properties that are “walkable.” Buyers, on the other hand, should be trying to purchase prior to the opening of the Silver Line, and possible further escalation.”