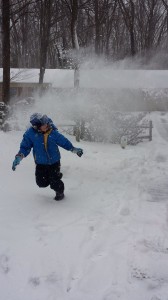 Monday’s snow dumped close to seven inches in Reston, according to the National Weather Service.

That has to be some kind of a record, right? No, there actually has been bigger March snowfall before, says the NWS.

Going with measurable snowfall at Dulles International Airport (which actually had an official total of 4.8 inches on Monday), there have been five Marches with more than 10 inches, says the NWS.

So with lots of March left, there is chance that March 2014 could step into the top five. However, the latest forecast has none of the white stuff for at least the next week (though record cold will be around Tuesday).