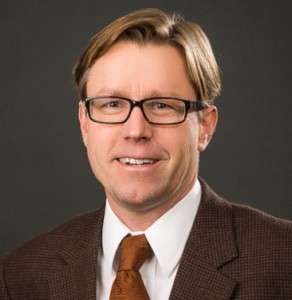 Reston Association members received an election guide and ballot in the mail this week.

Reston Now will have Q & As with each candidate running daily this week and next. In the spirit of fairness, each candidate was given the same questions.

Today’s Q & A is with Mason Miller, one of five candidates running for the thee-year At-large seat.

Q: How long have you lived in Reston?

Q: What inspired you to run for the board?

A: My love for Reston and my appreciation for the history of the area. I have lived here, with some breaks, since 1971. As a child, I enjoyed playing in Reston’s woods and along many of the creeks that run through them. With all of the development on the horizon, I want to do everything I can to make sure that the same resources I enjoyed as a child are available to the children who will be here in 20 years.

Q: What are three of the biggest concerns you have for Reston?

A: 1. Keeping Reston as a single community, not two communities divided by the Dulles Toll Road.

2. Mitigating the effects of adding a huge number of households concentrated around the new Metro stations.

3. Making sure that Reston Association’s various property holdings cannot be developed in the future.

Q: What do you hope to accomplish by being on the board?

A: I would like to see Reston grow, while maintaining Reston Association’s natural resources and community. I would also like RA to examine putting deed restrictions on land owned by RA so that they could not be developed for any use other than Reston Association’s. There was a story recently in the local media about a proposal by a church to purchase RA land that borders Fox Mill Road. The feeling I got was that the board was not really inclined to make a sale of that land. While I am glad that the current board did not seem to want to sell any RA land, I think it would be better in the future if it was not even an option.

Q: How will your personal or professional experience help you in your role with RA?

A: I have done a number of things over the years professionally. My experiences growing up and working in Reston are varied and have exposed to me to a huge number of Reston’s individual neighborhoods as well as Reston as a whole.

As a child, I ran a Kool Aid stand at Lake Anne on weekends. Between sixth and ninth grade, I ran a janitorial company that cleaned offices in Reston and sold Pizza Man frozen pizzas door to door. As I entered high school I set up Computer Discounters of America, Inc. in my parents’ den and sold computers and peripherals. When I was growing up, my father practiced law and did a lot of zoning work. Our dinner conversations over the years included a lot of focus on land use.

As an adult, I have worked in residential and commercial real estate, property management, owned a local real estate brokerage. For the last 19 years, I have worked as a programmer as well as teaching programming. I own a small company, located here in Reston, that provides web application services to several thousand customers.

Based on my years of following Reston’s development, I think that I have a strong knowledge and understanding of where Reston has been, how it got to where it is, and a lot of ideas about how to make sure it gets to the right place in the future.

Disclosure: Miller is an advertiser on Reston Now.