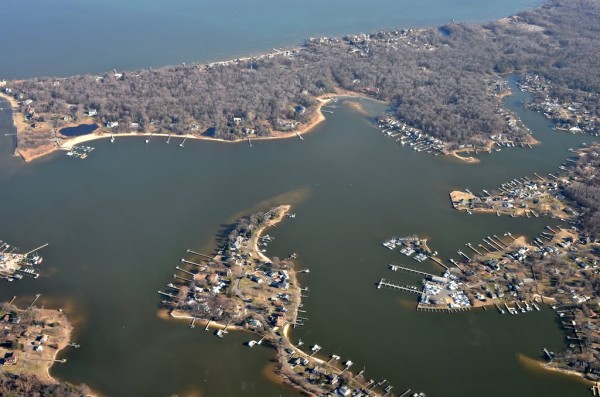 Police in Maryland are continuing to look for clues in the mysterious shooting of a Reston man as he kayaked in Anne Arundel County, Md., on Saturday.

David Seafolk-Kopp, 56, was treated and released from Baltimore’s Shock Trauma on Sunday.

Seafolk-Kopp told Maryland Department of Natural Resources Police he was paddling on Bodkin Creek Saturday night. He stopped to look up at the stars and he noticed a campfire on the shoreline, where people were laughing and partying.

Seafolk-Kopp told police he saw a red dot appear on his shirt, a muzzle flash from shore and immediately felt a searing pain in his abdomen, police spokeswoman Candy Thomson told the Maryland Capital Gazette.

Seafolk-Kopp was within three miles of where he launched from the 1400 block of Park Lane, when he was hit, said Thomson. Seafolk-Kopp is a former Maryland resident who has friends in the area and is familiar with the creek.

Seafolk-Kopp became disoriented after the shooting and was only able to take “baby strokes” as he paddled, Thomson said. Police believe the shooting occurred between 9:30 and 10:30 p.m. Thomson said it does not appear to be a self-inflicted gunshot wound.

While Seafolk-Kopp had an iPod with him, he apparently did not have a cellphone, Thomson said. It is unclear if he was wearing a life jacket.  The Reston man eventually got back to his launch spot about 10:30 a.m. on Sunday, where an observer saw him struggling and called 911.

Seafolk-Kopp, who has lived in Reston since 2010, has not responded to a request to comment.

Coincidentally, Seafolk-Kopp described himself as a gun collector in a 2006 story in the community newspaper the Columbia Flyer. Seafolk-Kopp was then a resident of the Kings Crossing Apartments in Columbia, Md. There was an argument that led to a fatal shooting in June of 2006, and Seafolk-Kopp told a reporter he heard the five gunshots that night. He also said “he thought about applying for a permit to carry a gun as a result of the shooting but decided against it.”