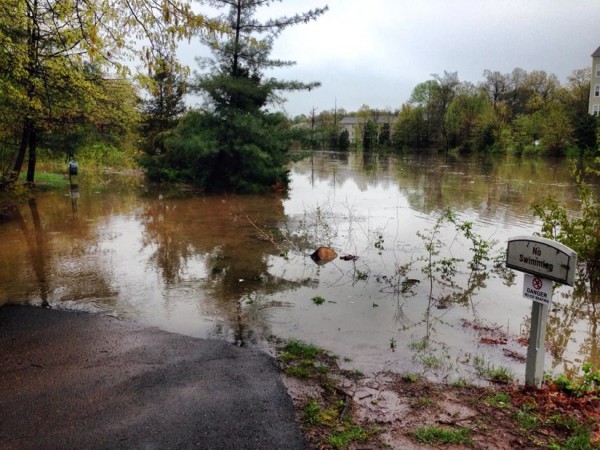 The NWS says two to four inches of rain have already fallen in the area and more rain will continue to fall throughout the afternoon.

The National Weather Service in Sterling has issued a flood warning for urban areas and small streams in Fairfax County and most of the metro Washington, D.C. area.

A flood warning means floods have been reported or are imminent. The warning is in effect until 3 p.m.

As of 9 a.m., radar indicted that one inch of rain had fallen in the area in the last two hours. Similar rainfall rates are expected for the next several hours, which may cause streams to rise out of their banks and cause flooding, the NWS says.

As of 10 a.m., two roads in the Reston area were reported closed due to flooding: the 2800 block of Fox Mill Road (near Crossfield Elementary School) and Lawyers Road east of Hunter Mill Road.

Fairfax County Police are reminding motorists that most flood deaths occur in automobiles. Never drive into areas where the water covers the roadway as flood waters are usually deeper than they appear.

This story will be updated with more weather alerts as they happen.