A wintry mix complicated the morning commute as the workweek begins.

The National Weather Service warns that a period of snow and sleet is possible after 4 a.m. on Monday.

If this threat does materialize during the Monday morning rush-hour, many roads could quickly turn slippery. This could lead to hazardous traveling conditions, multiple accidents, and extensive delays.

If commuting Monday morning, be aware of the POSSIBILITY of significant travel disruptions. Plan ahead by allowing for extra travel time, and consider using public transportation and telework options. 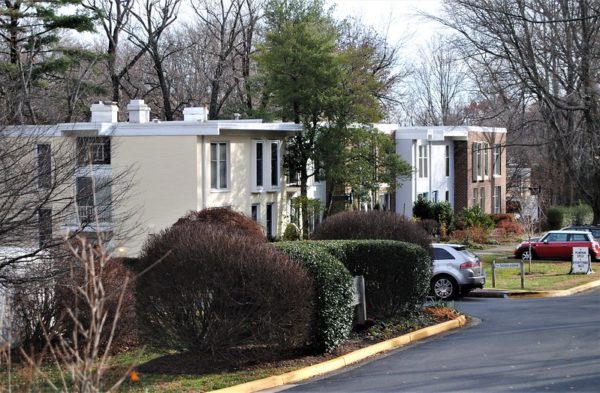 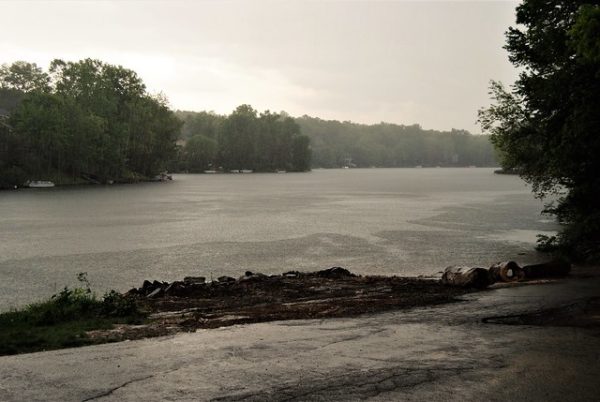 Reston is under a severe thunderstorm warning until 6:15 p.m. today.

The watch, which was issued by the National Weather Service, covers most of the DC, Maryland and Virginia region.

Numerous thunderstorms beginning to develop and become severe over the higher elevations. These will push east throughout the afternoon/evening. Damaging wind gusts and large hail will be the main threats. pic.twitter.com/xtn9vbFiTF 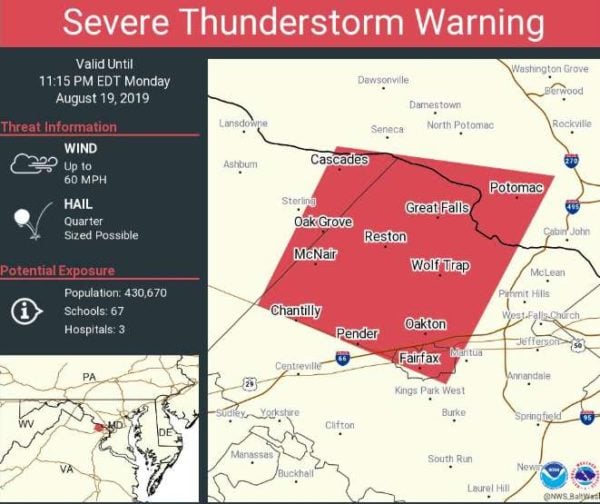 Reston is under a several thunderstorm warning until 11:15 p.m. today (Monday).

The National Weather Service issued the alert, which says to expect wind gusts of up to 60 miles per hour and quarter size hail.

IMPACT…Damaging winds will cause some trees and large branches to fall. This could injure those outdoors, as well as 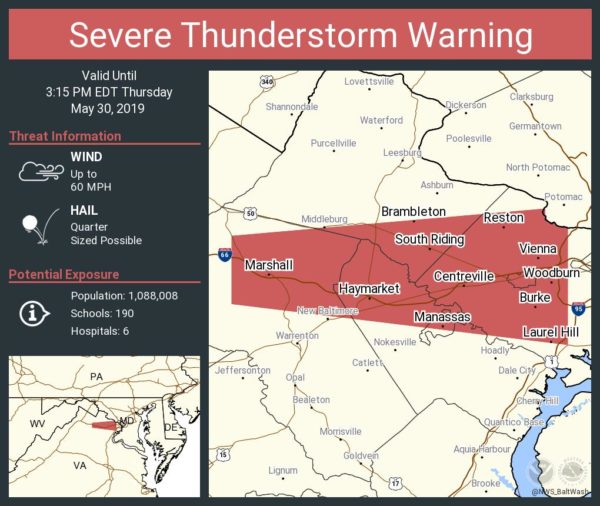 The National Weather Service has issued a severe thunderstorm warning that is in effect until 4 p.m. today (Thursday).

Winds of up to 60 miles per hour and hail damage trees, may cause large branches to fall, and result in widespread power outages.

NWS encourages residents to move into an inside room on the lowest floor possible.

The warning covers most of Northern Virginia. 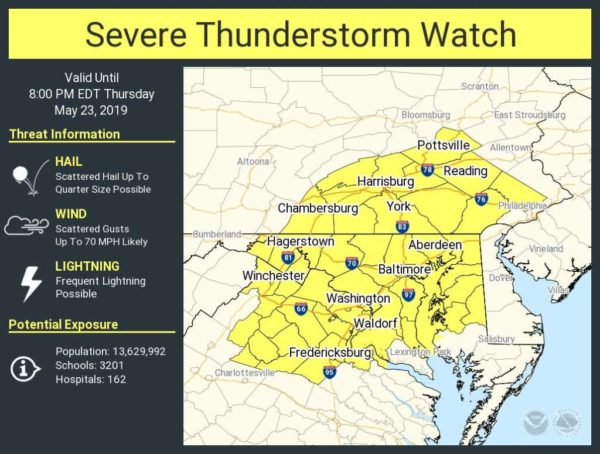 A severe thunderstorm watch is in effect for the county until 8 p.m. today (Thursday).

The National Weather Service issued the alert around 1 p.m. today.

Lightning and scattered wind gusts of up to 70 miles per hour is possible.

Most of the rain is expected to hit the area this afternoon.

Locally damaging winds and large hail are also expected, according to the NWS.

Scattered showers moving east of metro Baltimore late AM. The main activity will affect the area this afternoon. Locally damaging winds and large hail expected. A tornado also possible. If you hear thunder, you are close enough to be struck by lightning. Move indoors for safety! pic.twitter.com/s7VX13ZIXL 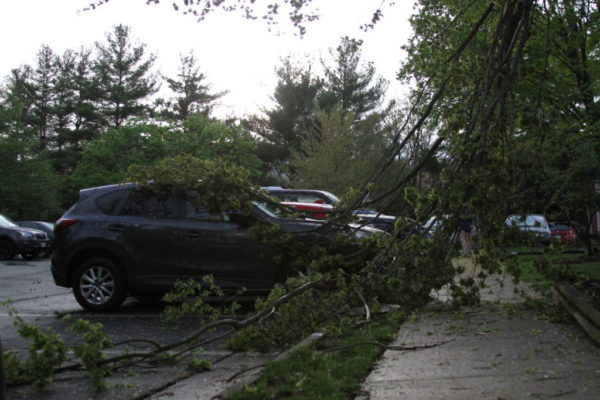 A severe thunderstorm tornado warning is in effect for Fairfax County until 3:15 p.m. today (Friday). The National Weather Service issued the alert this afternoon.

The alert comes one week after a small tornado touched down in Reston. NWS classified the tornado as weak, but it left downed trees and destroyed one Reston home.

Reston Association staff worked  to clear downed trees on its properties this week. Property owners should contact insurance companies or tree removal companies to remove downed trees from their yards.

This is an opinion column by Del. Ken Plum, who represents Reston in Virginia’s House of Delegates. It does not reflect the opinion of Reston Now.

There was both shock and amazement on the part of many Restonians to hear last Friday evening that our community was under a tornado warning by the National Weather Service (NWS). These warnings occur all the time especially in the Midwest and earlier that day across the deep South. For us the weather is relatively mild, although the winds do seem to blow harder these days, and the rains this spring seem to have brought a lot of local flooding. The amount of snow varies from winter to winter.

About 8:30 p.m. on Friday the National Weather Service found that an approaching squall line ahead of a larger storm’s cold front distorted into an S shape across Northern Virginia. Gusts along the bow were significant until the bow broke up into a rotating storm. Doppler radar revealed a counterclockwise circulation known as a mesocyclone over Reston that developed into a cyclone.

Technically the National Weather Service recorded that on Friday, April 19, there was a tornado event in Reston beginning at 8:55 p.m. estimated time with estimated maximum wind speed of 70 mph, with a maximum path width of 100 yards and a path length of 4 miles. The NWS uses the Fujita Scale to classify tornadoes into one of six categories–EF0 (weak) to EF5 (violent). The tornado in our community was rated at the lowest ranking, EF0.

For professional weather people who deal with bad weather all the time, the tornado in our community that lasted an estimated five minutes may have seemed weak. But for those who sought refuge in their basements and heard the wind whipping around their homes and saw the trees swaying in their yards the storm was anything but weak. Fortunately, no one was killed or reported hurt. Lots of trees and branches were downed and several cars were damaged with one townhouse being severely damaged. Everyone is left to wonder if we will be as lucky if the flukes of weather send their wrath on us again.

Weather refers to what happens in the atmosphere around us with rain, snow, wind, and thunderstorms as examples. For many of us weather conditions seem to have become more severe. Only scientific recordings of weather events over a long period of time will provide evidence needed to confirm or deny our hunches. All the weather events of temperature, humidity and rainfall patterns averaged over seasons, years or longer creates our climate. There is ample evidence to demonstrate that climate is changing and that human behavior especially in releasing more heat-trapping gases into the atmosphere is a leading cause. Completing the circle of what is happening in our world is that climate change is bringing about more extreme weather events.

While extreme weather, climate change and global warming may be controversial topics to some, many of us are deeply concerned. This week’s celebration of Earth Day was a global experience. Our local weather event while relatively mild reminds us that we need to be serious about the subject and serious about our response to it.

Adding to expected rain and a flood watch, a tornado watch has been issued from now until midnight.

The National Weather Service issued the alert at 12:49 p.m. today. The watch covers Maryland, the District, ad 34 counties in Virginia, including Fairfax County and Arlington.

Potential for widespread damaging winds and some tornadoes today across parts of the Southeast and Mid Atlantic regions. Tornado Watches have been issued for parts of Georgia, South and North Carolina, and southwestern Virginia. pic.twitter.com/MTGRpt8VLV 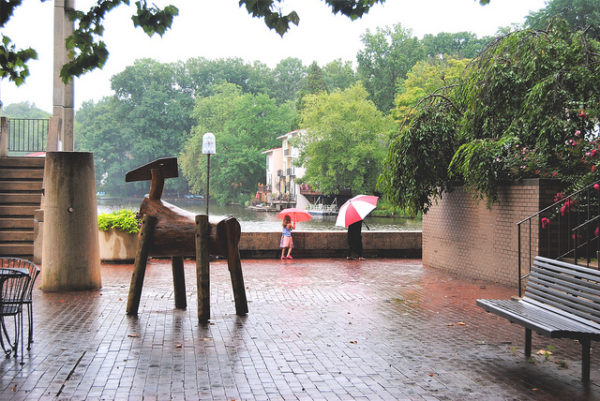 After pleasant weather earlier this week, expect conditions to get wet and windy today.

Isolated thunderstorms are expected to begin in the late morning today, with rain accumulations of up to a half-inch. The main storm front is expected after 4 p.m., with as much as two inches of rain possible across the county.

A Flash Flood Watch means that conditions may develop that lead to flash flooding. Flash flooding is a very dangerous situation. You should monitor weather forecasts and be prepared to take action should Flash Flood Warnings be issued.

If you encounter water on roadways, please remember — Turn Around, Don’t Drown! It is never safe to drive or walk into flood waters. 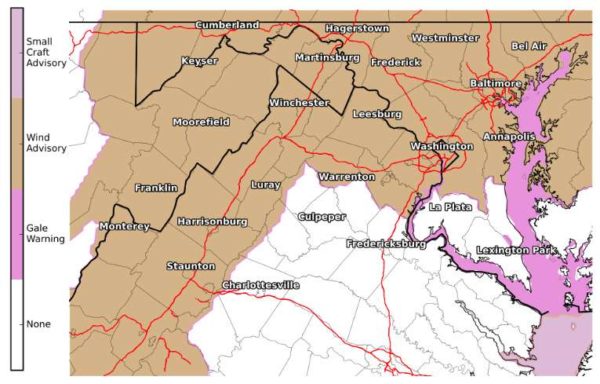 The work week will begin with a windy start. The National Weather service has issued a wind advisory, which is in effect from 8 a.m. to 8 p.m., for today (April 15).

Winds between 45 to 55 miles per hour are anticipated, which could make driving difficult, according to NWS.

Although today will be chilly, highs in the upper 60s and low 70s are expected for the rest of the week.

The National Weather Service in Baltimore MD/Washington has issued a Wind Advisory, which is in effect from 8 AM this morning to 8 PM EDT this evening.

* TIMING…From 8 AM this morning until 8 PM this evening. The strongest winds are likely from late morning and through the afternoon hours. 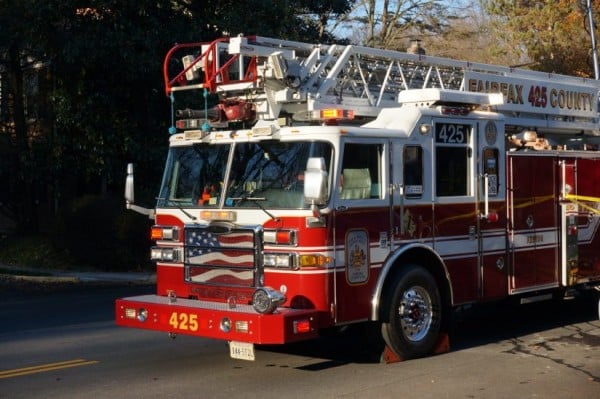 The Red Flag Warning is in effect from noon-8 p.m.

The National Weather Service in Sterling Virginia has issued a Red Flag Warning for strong winds and low humidities, which is in effect from noon today to 8 PM EDT this evening.

* IMPACTS…Gusty winds and very dry air will create conditions that may promote the rapid spread of wildfires. Prescribed burns may get out of control. Outdoor burning is not recommended.

A Red Flag Warning means that critical fire weather conditions are either occurring now, or will shortly. A combination of strong winds, low relative humidity, and warm temperatures can contribute to extreme fire behavior.

Reston is expected to hit a high of 65 degrees today with sunny weather and winds around 17 miles per hour, forecasters say.

A combination of strong winds (15 to 25 mph with gusts up to 35 mph), low relative humidity and warm temperatures may help fires spread rapidly, Fairfax County Fire and Rescue wrote in a post. The fire department is using the Red Flag Warning as an opportunity to remind residents that improperly discard cigarettes are a fire hazard.

The road in Great Falls is the only one reported for the Reston area in a released list of road closures from the Fairfax County Police Department. FCPD will update the list throughout the day.

The National Weather Service issued a High Wind Warning that is set to last until 6 p.m. tonight (Feb. 25).

* TIMING…Strong winds will continue through this afternoon.

* IMPACTS…Damaging winds will blow down trees and power lines. Power outages are expected. Travel will be difficult, especially for high profile vehicles.

Fairfax Fire and Rescue has tips for locals who face issues caused by the sustained winds of 25 to 35 miles per high, with possible gusts up to 60 mph. The fire department wants residents to be mindful of any downed power lines or trees and to use battery powered lighting instead of candles if a power outage occurs.

“It is especially important to understand that downed lines can energize other objects, including fences, cars, trucks, buildings, bushes, trees and telephone and cable TV cables,” according to the post, adding that people should assume that any downed power lines are “live and dangerous.” 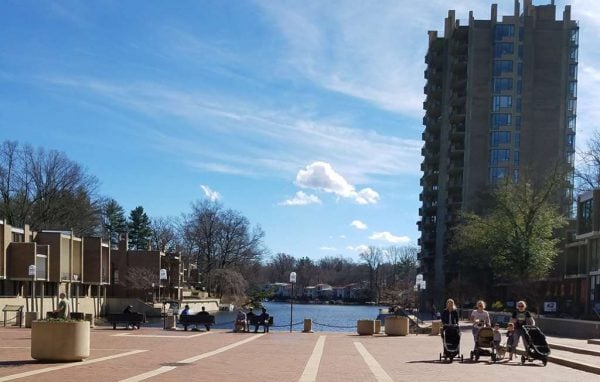 After bouts of snow hit Reston last month, the winter weather is finally on a vacation.

The warmer weather doesn’t plan to stick around, though.

The Capital Weather Gang tweeted that snow might make a comeback in the D.C.-area on Sunday night. (And while the famous groundhog Punxsutawney Phil predicted an early spring on Feb. 2, meteorologists and statisticians point to his track record of inaccuracies.)

Let us know if your weekday plans are influenced by the forecasts. 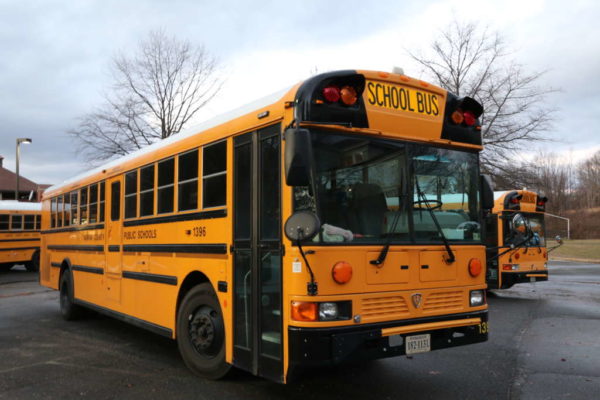 FCPS tweeted that tomorrow’s scheduled delay is due to dangerously cold conditions and the potential for icy spots. The county has been hit with snow, rain and gusty winds, this week, causing issues on local roads.

School offices and central offices will open on time tomorrow.

Due to the weather conditions forecast for tomorrow, all Fairfax County public schools will open two hours late, Jan. 31, 2019 (Condition 3B). School offices and central offices will open on time.