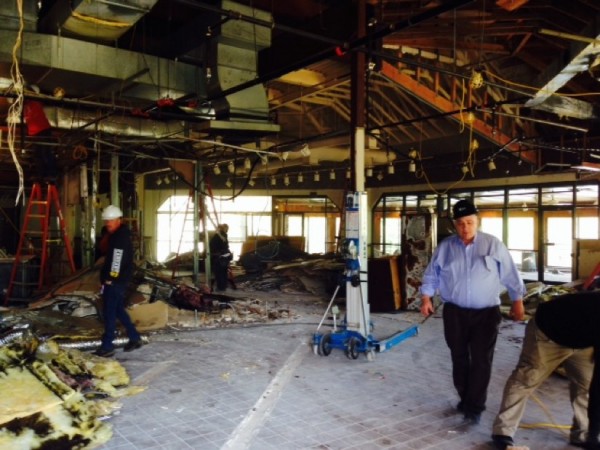 Lakeside Inn left the space in October 2013 after 22 years as a popular, but slightly worn-around-the-edges, watering hole.

The space is currently being gutted, and Red’s Table owners Ryan, Pat and Matt Tracy have ambitious plans for their business.

The Tracy brothers, all of whom grew up in Reston, are planning an open space with floor-to-ceiling windows overlooking Lake Thoreau. The closed-off bar area will be gone. The new restaurant will have an Aerican Regional Cuisine menu, an open kitchen and two outdoor patios, Ryan Tracy said.

“The place will look totally different than before,” Ryan Tracy said in a previous interview with Reston Now.  “It will have a rustic feel, taking advantage of its space by the lake. I think it will be a huge hit. People can sit out on the lake and really enjoy it.”

Tracy say he is planning to open later in 2014.