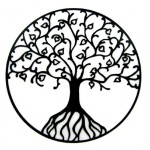 Services for Sean Logan, the Reston teen who died after a May 9 traffic accident at Reston Parkway and Wiehle Avenue, will be held next week.

Sean, a 17-year-old Herndon High student,was riding a mini bike when he was struck by an SUV as he tried to make a left turn onto Wiehle.  He was taken to Inova Fairfax Hospital, where he died four days later.

Sean is survived by his parents, Michael and Anne Logan, and siblings Shannon and Matthew. Sean enjoyed baseball, boy scouts, and computer activities, his family said.

A funeral mass will be celebrated at St. Thomas a Becket Catholic Church, 1421 Wiehle Ave., Reston, on Thursday, June 5, with a reception to follow. He will be buried at Chestnut Grove Cemetery in Herndon at a later date.

In lieu of flowers, contributions in Sean’s name may be made to the Make a Wish Foundation. Friends can sign an online condolence book on the Adams-Green website.