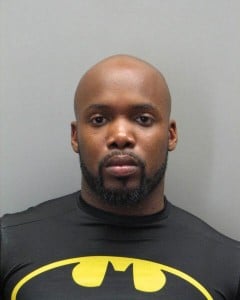 A Reston man has been arrested after Fairfax County Police said he was manipulating a mentally incapacitated woman into performing sex acts for money.

Robert Moore, 31, was charged with promoting prostitution, receiving earnings from prostitution and unauthorized use of a vehicle, police said.

The investigation revealed that Moore has been using online advertising for the young woman’s commercial sex acts, transporting her to meet clients, and then keeping all money exchanged in the transactions, FCPD said in a news release.

FCPD has been trying to raise awareness of sex trafficking. Since January, FCPD has been conducting a public awareness campaign called “Just Ask.” The police have teamed with Fairfax County Public Schools and the county Office for Women & Domestic and Sexual Violence Services to tackle the issue, particularly as many teenage girls are targeted.

Police define trafficking as “the act of manipulating or forcing anyone to engage in a sex act in exchange for anything of value (money, drugs, shelter, food, clothes, etc.). FCPD says it identifies an average of two new potential victims per week.