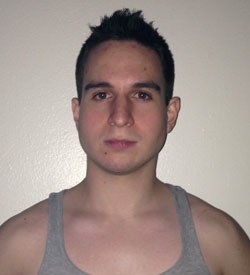 A Reston man was arrested in Pittsburgh earlier this week after authorities said he traveled there to meet a 14-year-old girl for sex.

On Monday, agents from the Pennsylvania Office of Attorney General’s Child Predator Section received information that the teen from East Deer Township had been chatting with Joshua Munoz, 23, through a teen chat website.

Undercover agents posed as the teen online on Monday. They contacted Munoz to arrange a meeting for later the same day. Munoz was taken into custody when he arrived at a prearranged meeting location in Pittsburgh.

Munoz is currently in the Allegheny County Jail awaiting a preliminary arraignment. A preliminary hearing is scheduled for 1 p.m., June 11.