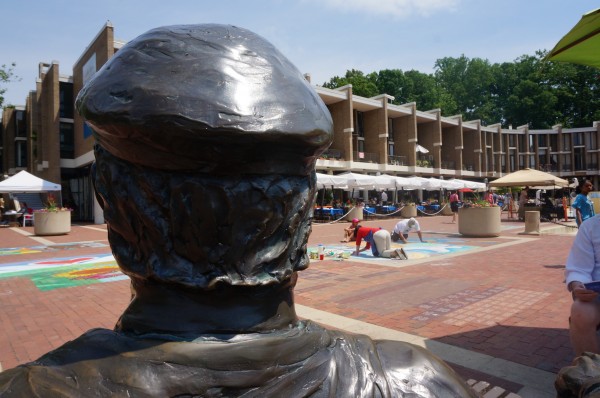 Student Helping Students — South Lakes High School junior Sahana Arkalgud, raised $5,000 for the second straight year to fund the school’s Avidity Scholarship. Arkalgud began the Avidity Scholarship last year as part of her International Baccalaureate Middle Years Project. The award is given to a SLHS senior with high academic standing, a drive to learn and capacity to excel. The 2014 award was given to Tyler Liboro, who will be attending Virginia Tech in the fall.

Bathroom Break — Metro’s new Silver Line stations will have something that existing stations do not: easy-to-find bathrooms. [Washington Post]

Number Of Homeless People Declining In Virginia — Virginia Gov. Terry McAullife says the number of homeless people in the commonwealth has declined 8 percent in the last year. [WTOP]