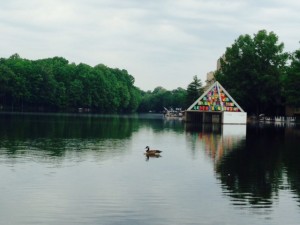 Reston Association has been looking for what killed several hundred of Lake Thoreau’s fish, but has been unable to pinpoint an exact reason.

Since tests have not pointed to one reason, RA lake specialists say that the fish likely died of natural causes.

RA, along with scientists from Aquatic Environmental Consultants, Inc. (AEC), were looking for clues after more than 200 fish were discovered dead in Lake Thoreau in late May and early June. The fish in other Reston lakes were not dying in such large numbers.

AEC consultants said they have seen similar fish kills in other area lakes they manage. RA does not believe toxins were responsible for the fish kill.