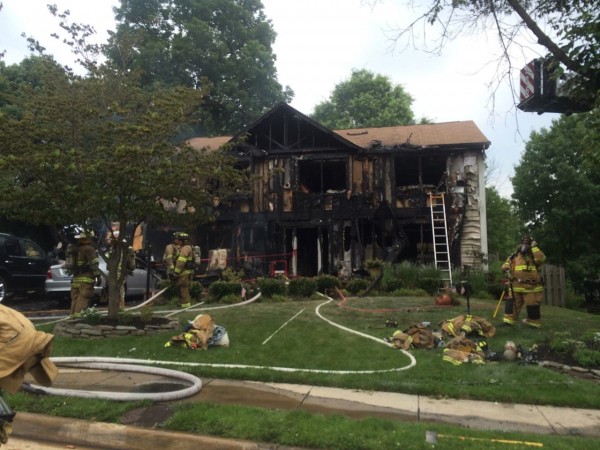 Fairfax County Fire and Rescue officials said an off-duty Montgomery County (Md.) firefighter helped rescue residents of a Herndon home when their house was engulfed in flames on Wednesday.

Firefighters were called to the home at 12645 Terrymill Dr.  about 1 p.m. and found a heavy fire in the front of the single family home. The fire was brought under control in 40 minutes, fire rescue officials said.

The firefighter is a neighbor of the Terrymill Drive residents. The neighbor, whom fire rescue did not identify, also assisted with evacuating a wheelchair bound occupant.

A total of six adult occupants and a dog have been displaced. One person was treated on the scene for a non-life threatening injury.