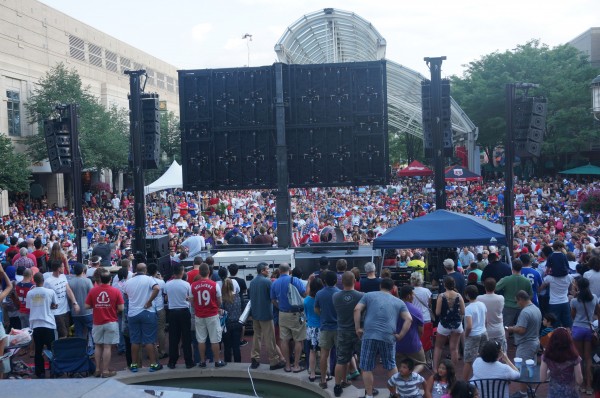 New Fairfax Alerts Now Running — Fairfax County’s new emergency alert system is now open for registration. Even if you were formerly getting alerts in the old CEAN system, you should re-register and customize your alerts on the new site by Oct. 1. [Fairfax County]

$2 Bill Causes Kerfuffle on Toll Road — Officials at Metropolitan Washington Airports Authority, which operates the Dulles Toll Road, are looking into collection policies after a woman was told she could not use a $2 bill to pay her toll. [WTOP]

Governor To Sign Budget, With Vetoes — Virginia Gov. Terry McAuliffe said he will sign the two-year state budget, avoiding a government shutdown, but will veto items that prevent expanding Medicaid to uninsured residents. Republicans are gearing up for a fight when the General Assembly reconvenes Monday [Fairfax Times]

Talking About Route 7 Widening — The Virginia Department of Transportation is holding a public hearing Tuesday at 6 p.m. at Forestville Elementary School (1085 Utterback Store Rd.)  about the proposed widening of Route 7 from between Reston Avenue and Jarrett Valley Drive.  The $300 million project will widen the road from four lanes to six. [VDOT]