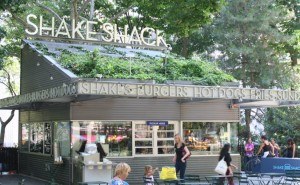 Shack Shack, the popular New York-based burger restaurant that opened its fourth D.C.-area location this week, may be looking at expanding to Reston.

At the opening of the Union Station Shake Shack, company CEO Randy Garutti told Eater.com that he’s considering Reston as a possibility for a future shop.

“I’d like to someday be further outside the city,” he said, though there are no concrete plans to open any locations there yet. Garutti could see such markets as Bethesda, Reston and Pentagon City responding well to a location.

A Shake Shack is planned for Tysons Corner.

Reston currently has many good burger places. Among them: Be Right Burger and The Counter, both located at Reston Town Center, as well as Five Guys at Plaza America.