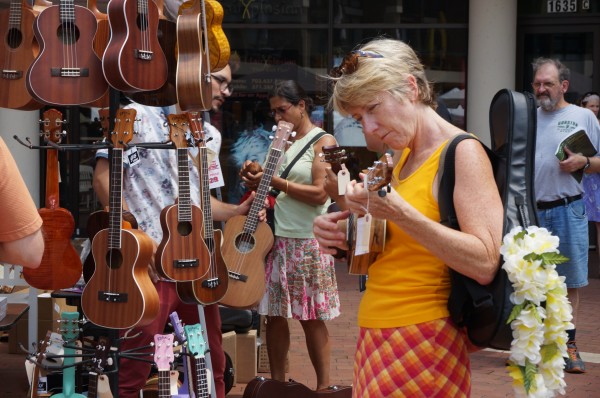 Extension of No Child Left Behind For Virginia — Virginia public schools earned another year of exemption from some requirements of the federal No Child Left Behind law. The law focuses on reforming education by increasing accountability for schools and teachers and measuring student progress based on standardized tests. States are awarded waivers in exchange for executing alternative reform plans. Virginia earned a two-year waiver in June 2012. It has now been extended another two years. [Fairfax Times]

Save The Date: Lou Lou Day — All lou lou Boutiques, including the one at Reston Town Center, will hold its annual lou lou day Aug. 2. For every $40 spent, customers will receive a $10 gift certificate. Also, 15 percent of the day’s proceeds will benefit Dress for Success.

GRACE’s Artist Member Exhibit Opens This Week — Greater Reston Arts Center (GRACE) is debuting a new exhibit beginning Thursday. The exhibition will feature 28 artists working with a variety of themes. The exhibit is free and open to the public though Aug. 23. [GRACE]