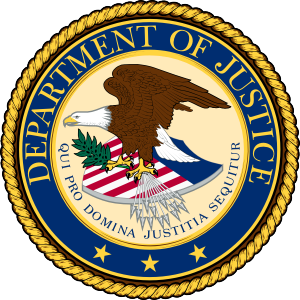 A Reston woman was among several arrested Thursday on charges of providing material support to al-Shabaab, a designated foreign terrorist organization that is conducting an insurgency campaign in Somalia, U.S. Department of Justice officials said.

Muna Osman Jama, 34, was arrested at her home in Reston, officials said.

Others arrested were Hinda Osman Dhirane, 44, of Kent, Wash.; and Farhia Hassan of the Netherlands. Warrants are also out for Fardowsa Jama Mohamed, a fugitive in Kenya, and Barira Hassan Abdullahi, a fugitive in Somalia.

From the Justice Department:

According to court records, defendants Muna Osman Jama and Hinda Osman Dhirane were the leaders of an al-Shabaab fundraising conspiracy operating in the United States, Kenya, the Netherlands, Somalia and elsewhere.

Jama and Dhirane allegedly directed a network composed primarily of women who provided monthly payments that were coordinated, facilitated and tracked by the defendants to their conduits in Kenya and Somalia. According to court records, Jama was principally responsible for sending money to Kenya through her conduit, defendant Fardowsa Jama Mohamed, while Dhirane was primarily responsible for sending money to Somalia through her conduit, defendant Barira Hassan Abdullahi.

According to court records, the defendants would refer to the money they sent overseas as “living expenses,” and they repeatedly used code words such as “orphans” and “brothers in the mountains” to refer to al-Shabaab fighters, and “camels” to refer to trucks needed by al-Shabaab.  The money transfers often were broken down into small amounts as low as $50 or $100, and the funds were intended for use by al-Shabaab insurgents operating in Somalia.

If convicted, each defendant faces a maximum penalty of 15 years in prison on each count in the indictment.

The Harakat Shabaab al-Mujahidin, commonly known as al-Shabaab, is a terrorist group conducting a violent insurgency campaign in Somalia.  In 2008, the U.S. government designated al-Shabaab as a foreign terrorist organization, and in February 2012, the leaders of al-Shabaab and the terrorist group al-Qa’ida publicly announced the merger of the two groups.