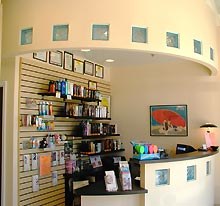 Solar Planet Tanning Salon, located at Hunters Woods Village Center since 1999, will be closing on Tuesday.

Owner Karen Brutsche said in an email to customers that the shop will close Aug. 19 at 9 p.m. Customers who have purchased tanning packages and other deals will have their purchases and points honored at Palm Beach Tan, 625 Post Dr. in Herndon (703-668-0340).

She said she failed to reach a new lease deal with Edens, the company that owns the shopping center.

“We opened the Reston shop in the International Center in 1983 and have been in our current location since 1999,”Brutsche wrote. “After 32 years, I decided that I could not sign another five-year lease. As our lease was nearing an end, I talked to our landlord about the possibility of a month-to-month lease. They seemed agreeable and knowing there were other empty spaces, I thought that we would be able to remain for a while without a five-year commitment.

“Unfortunately, they found a new tenant. I have to be out by the end of August. This was much sooner than I had anticipated and I apologize to you that I’m not giving you more notice.”