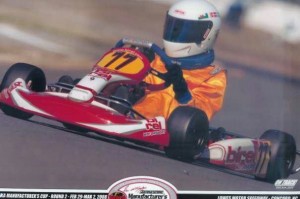 More than $11,000 has been raised to help injured Reston go-kart driver Ayrton Climo, but the teen’s parents are having trouble obtaining insurance authorization to transport their son back to the United States, The Washington Post reports.

Climo, 18, graduated from South Lakes High School in June. An experienced go-kart racer, he was on a practice run Aug. 1 in Quebec prior to the Le Monaco de Trois-Rivieres, Canada’s biggest karting event,  when he crashed on a 90-degree turn. After hitting hay bales, he hit other cars.

Climo suffered a serious head injury. He had brain surgery and was placed in a medically induced coma. He is now showing small signs of improvement and his parents, Lisa and Ed Climo, want to return him to Virginia. The Climos have insurance through Fairfax County Public Schools, where Lisa Climo is a teacher.

The transport is expected to cost more than $20,000. Ayrton Climo, who was supposed to attend James Madison University this fall, is facing more than a year of rehabilitation.

Reports Tom Jackman on the State of Nova Blog:

But the Climos said CareFirst and Fairfax County, which as the self-insurer has ultimate say on the policy, have denied coverage for the transport home. Ayrton can rehabilitate in Quebec, the Climos were told. The policy with CareFirst does not cover international transport home, they said. Insurance experts said this is not surprising — some policies cover such a situation, some do not, said Clare Krusing of America’s Health Insurance Plans, the trade association of health insurers.

Lisa Climo, stunned, has been pushing Fairfax County schools to step in, to make an exception as the self-insurer. Fairfax schools officials said Friday they could not discuss the case without a waiver from the Climos, but that the insurance companies typically handle all the decisions on coverage, and that customers can appeal decisions.

The Climos have amassed additional expenses as they have been living in Quebec as their son recovers. Members of the racing community have set up the #KEEPFIGHTINGAYRTON fundraising page on GoFundMe.com.