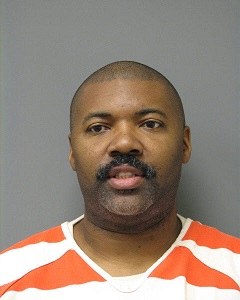 A Reston basketball coach who pleaded no contest in June to sexually assaulting a minor, was sentenced in Loudoun County last week to 15 years in prison.

Marlow Mikassas Afshartous, 40, who also goes by the name Marlow Talley, was arrested Aug. 3, 2013, and charged with sexual assault and solicitation of child pornography.

The Loudoun County Sheriff’s Office began investigating Afshartous in June 2013 and was able to arrest him with assistance from the Fairfax County Police Department.

According to previous court testimony, the abuse of a 12-year-old girl took place from April to November 2012 at three locations: Claude Moore Recreation Center; a church off Evergreen Mills Road; and in Fairfax County at an outdoor basketball court on Braddock Road.

The victim testified to police that Afshartous molested her on multiple occasions. Investigators also retrieved approximately 8,600 text and email messages between the vistim nd Afshartous.

Once he’s released from prison, Afshartous must register as a sex offender and have no unsupervised contact with children.