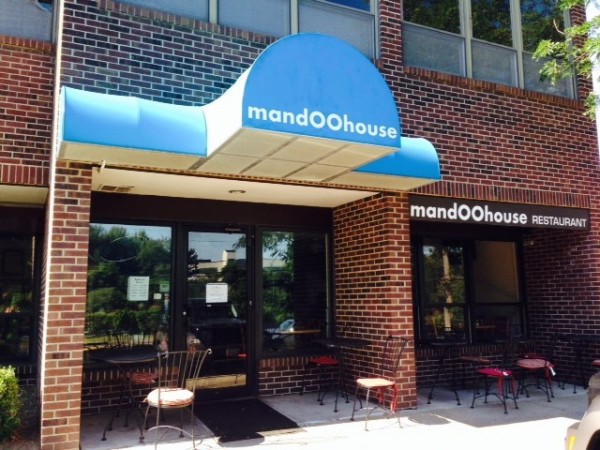 Reston’s Mykonos Restaurant has a new name, new owners and a new menu.

It is the Brundage’s first venture into the restaurant business, Chris Brundage said.

“I always told my dad he tells great stories and would make a great bartender,” he said. “A few months ago I moved back in with him, and he said ‘I bought a restaurant.’ ”

Chris Brundage says he envisions MandOOhouse as becoming a friendly corner bar. The location off of Sunset Hills Road — very close to the new Wiehle-Reston East Silver Line station — has few places to drink and eat. The former China Star in the same office complex has been vacant for several years.

Mandoo (or Mandu) are Korean dumplings. MandOOhouse features a wide variety on its menu, including meat, seafood and veggies. They also feature Korean grilled platters.

The Brundages have also kept the mainstays of the Mykonos menu, including gryos, Greek salads, souvlaki and spanakopita.