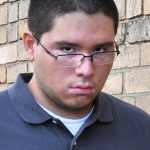 A Reston man has been charged with aggravated assault and tampering with evidence after a stabbing near Pittsburgh on Sunday.

Police said that William “Tony” Rivera, 21, of Reston, a student at Indiana University of Pennsylvania, was a passenger in a car driven by Giovanni Brown, also 21, about 5:45 p.m. on Sunday.

Robert Muir, Rivera’s attorney, said his client acted in self defense. He told the Associated Press that Rivera, who was released on $5,000 bond, has withdrawn from school and has returned home to live in Reston with his parents.

The Pittsburgh Post-Gazette has more details of the incident:

Brown told officers he was leaning into the driver’s door of a vehicle that stopped in the entrance of Monroe Muffler when he was stabbed, according to a criminal complaint filed by Indiana Borough police.

Police interviewed a man to whom the vehicle is registered later that evening. He said his friend “Tony” Rivera, who was in the back passenger seat, pulled the knife and stabbed Mr. Brown, the complaint continues.

A second man in that vehicle told police the same story. Both said that three men then drove away and washed the blood from the driver’s side door before Rivera threw the knife outside an apartment on Carter Avenue.

Police wrote that Mr. Rivera told them a folding knife with a red handle “was thrown from the suspect vehicle on a gravel alley” near Carter. Officers recovered it that day.

A preliminary hearing is scheduled for Oct. 2.