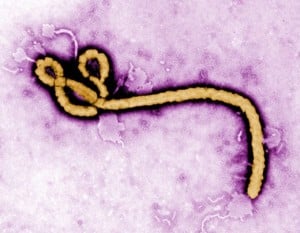 Even though the man with the first confirmed case of Ebola in the United States spent three hours at Dulles International Airport nearly two weeks ago, Fairfax County Health Department officials say local residents do not need to take action.

The two main factors fueling the epidemic in West Africa are not present in the United States: a lack of infection control practices; and African burial rituals, such as washing the body of the deceased, the health department said.

The man, who flew from Liberia to Brussels, then Brussels to Dulles and then Dallas, was not ill during the flight so he was not contagious, the Centers for Disease Control said.

“The ill person did not exhibit symptoms of Ebola during the flights from West Africa and the CDC does not recommend that people on the same commercial airline flights undergo monitoring, as Ebola is contagious only if the person is experiencing active symptoms,” the Metropolitan Washington Airports Authority said in a statement on Wednesday.

To prevent the spread of infectious diseases, the United States has a public health system that on a daily basis rapidly identifies/isolates people suspected of being sick and finds/contacts people who have been potentially exposed to the sick person. Public health systems like this do not exist in the African countries currently affected by the Ebola outbreak.

Coming into contact with people who do not have symptoms of Ebola poses no risk, even if they have recently traveled to affected countries in Africa

There is no action that people who live in the Fairfax community need to take as a result of the Ebola case recently identified in Dallas, Texas or the Ebola outbreak in West Africa.