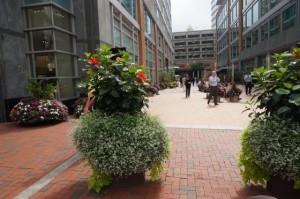 Bechtel Relocating Workers to Reston — A “substantial” number of Bechtel Corporation’s 1,100 employees now in Frederick, Maryland will be transferred to Reston, The Frederick News-Post reports. Virginia gave the engineering and project management company $6.5 million in state grants in 2011 to move some operations to the area. [The Frederick News-Post]

Civil Forfeiture Spending — Fairfax County Police have used confiscated cash and funds from seized property to spend $1.3 million on weapons and protective gear, $561,00 on buildings and improvements, and $208,00 on electronic surveillance equipment, according to reports submitted to the Justice Department. [The Washington Post]

$17K in E-ZPass Fines — A man who commutes through the county was fined $17,000 for $36 in unpaid E-ZPass tolls for using the 495 express lanes, Fox 5 reports. The toll booth technology was malfunctioning though the commuter had an active account. [Fox 5]