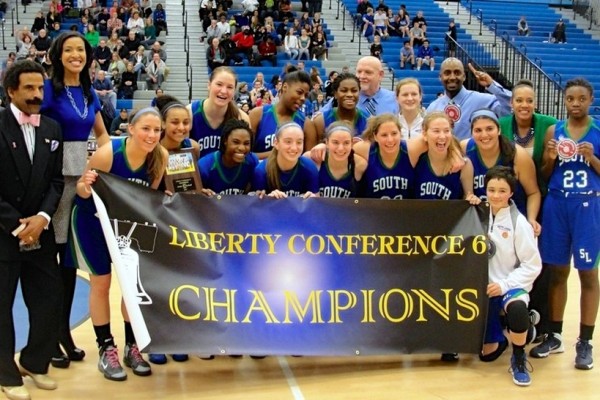 Reston’s top-ranked girls’ basketball team is ramping up for the season after big wins last year.

Players on the varsity team at South Lakes High School are training now, and tryouts will be held on Nov. 10, said Coach Christy Winters Scott.

“We lost eight seniors from last season, so we’re looking to remodel what we had,” Winters Scott said. “We’re looking for heart, hustle, effort, execution and passion for the game.”

The Seahawks won 23 of 26 games last year and beat James Madison High School in Vienna for the Liberty Conference 6 title in February.

To get up to speed before the team’s first scrimmage Nov. 18, players are gutting out rigorous workouts with the school’s track team, said Winters Scott, a Reston resident and native who was the 1986 All-Met Player of the Year on the school’s undefeated team. The athletes are sprinting, doing “explosive” work to develop speed, jumping hurdles and lifting weights during 90-minute workouts several times a week.

Winters Scott — who calls WNBA games for the Washington Mystics and is a color analyst for Comcast SportsNet, ESPN and Fox Sports –said she teaches her players to give it all they’ve got.

“You see the kids pushing the limit and going after what they want in life,” she said. “Twenty points per game will come if those things are in place.”

“Girls who have been active in athletics are more successful in business or as a mom, or both,” she said. “You never know what’s inside unless you tap in. Athletics forces you to tap in.”