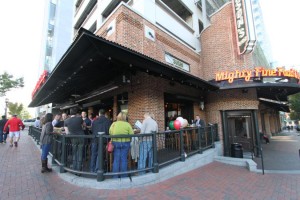 One of Reston’s go-to restaurants is nationally ranked.

Jackson’s Mighty Fine Food & Lucky Lounge is among the top-grossing independent restaurants in the country, according to the trade publication Restaurant Business. Jackson’s brings in an estimated $11.2 million in annual sales, making it No. 86 on a list of the top 100 earners.

Only one other Virginia restaurant beat Jackson’s sales; Mike’s “American” in Springfield ranked No. 62, with estimated sales of more than $12.8 million. Both are run by Great American Restaurants.