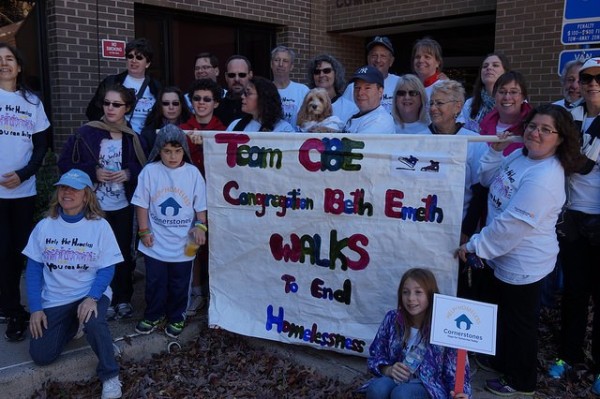 Walking For Cornerstones — On Sunday, a record-breaking crowd of 300 participants walked from the Embry Rucker Community Shelter to St. Anne’s Episcopal Church and back (about two miles) in Cornerstones 11th Annual Help the Homeless Walk. The funds raised will help provide basic and essential items, such as pillows, dishes and food, for those who moved into stable housing through Cornerstones’ Rapid Re-Housing Challenge. [Cornerstones]

Reston On The Rise — Financial website Nerd Wallet says Reston is No. 10 among Cities on the Rise in Virginia. Yeah, yeah, Reston’s not a city, but it does earn kudos from the site for its population growth and high employment rate. [Nerd Wallet]

Truland Truly Was In The Red — Reston-based electrical contractor Truland Group Inc. was nearly $23.7 million in the red when it suddenly shut down nearly three months ago, according to financial data it submitted with the U.S. Bankruptcy Court in Alexandria late last week. [Washington Business Journal]