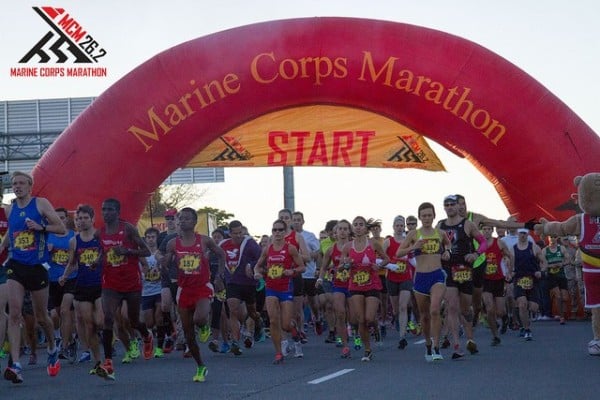 Let’s have a round of applause for the 92 runners from Reston who were among the field of 30,000 at the 39th Marine Corps Marathon on Sunday.

Missed out on the race this year? The lottery for the 2015 Marine Corps Marathon begins March 13.

Looking for a relatively flat practice marathon that is close to home? The Runners Marathon of Reston is March 29. Registration is now open.

Runners at the 39th Marine Corps Marathon/Credit: MCM via Flickr