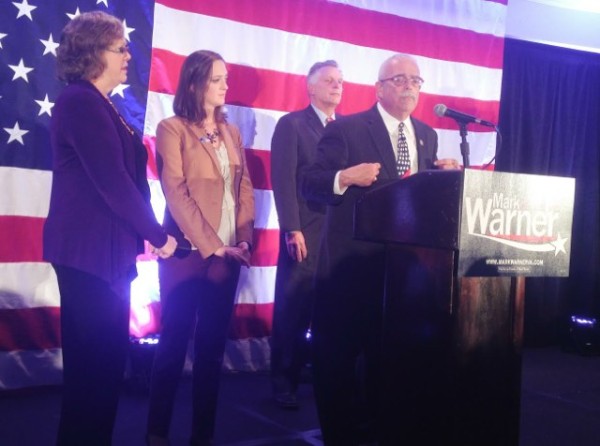 Connolly was declared the winner about 9 p.m. When all the votes were in, Connolly had 57 percent of the them to Scholte’s 40 percent. Joe Galdo (Green) and Marc Harrold (Libertarian) each earned less than 2 percent of the vote.

The 2014 midterm election marked Reston voters’ return to Connolly’s congressional district. Reston had been in the Virginia 8th District (then represented by Democrat Jim Moran) for a decade before 2010 redistricting returned the heavily Democratic bloc to the 11th.

Connolly, a former Chair of the Fairfax County Board of Supervisors, has been in Congress since 2008.

At his campaign gathering in Crystal City Tuesday night, Connolly thanked the 11th District voters “for placing your trust in me once again.”

“I shall strive to redeem their trust and to honor their values in all I do,” Connolly said.

“We’re a divided country. It’s not just Congress that’s divided; our communities are divided: and our states are divided. And that’s because we share some values and we differ on others,” Connolly said.

Nearby, Republican State Del. Barbara Comstock was an easy winner (57 percent of the vote) over Democratic Fairfax County Supervisor John Foust (39 percent) in the 10th District. In the 8th, Don Beyer (D) earned 67 percent of the vote to defeat several challengers.

The transportation bond is slated to provide:

The Senate race between Mark Warner (D) and Ed Gillespie (R) was close and still being counted Tuesday night.