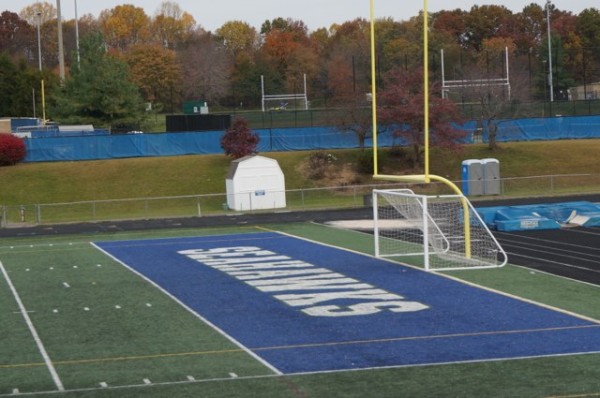 Fairfax Officer Saves Eagle — This was on the other side of the county, but so good we just had to share. Fairfax County Animal Control officer Kathy Prucnal rescued an injured American Bald Eagle at Huntley Meadows Park when she wrapped it in a blanket and took it to the vet for treatment. [Fairfax County Police]

Kudos to McCool — South Lakes High School senior Andrew McCool advanced to the Virginia High School League Cross Country Championships after finishing 21st at the North Regionals with a time of 15:45 on Wednesday. McCool is the first individual SLHS boys cross country runner to qualify for States since 2001. The VHSL state meet is Nov. 14-15 in The Plains, Va.

Thanks, ‘Charlie Brown’— The Reston Community Players’ final two shows of You’re a Good Man, Charlie Brown are Friday, Nov. 7 and Saturday, Nov. 8. at CenterStage at Reston Community Center. They troupe is encouraging patrons to bring a canned item to donate at the shows to support the Thanksgiving Food Drive.