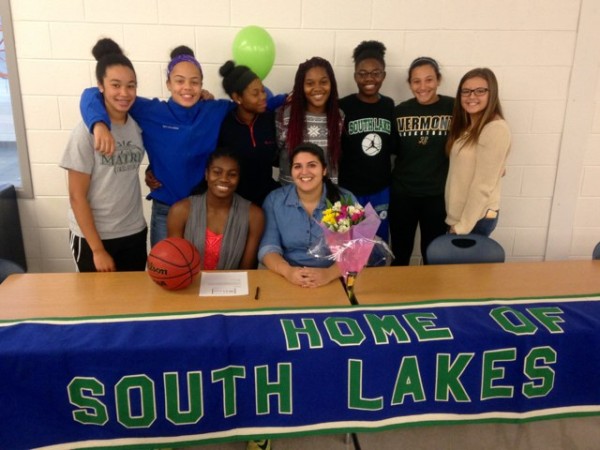 Three athletes from South Lakes High School and four from Herndon High signed national letters of intent this week to play Division I sports in college.

Princess Aghayere, women’s basketball — University of Pennsylvania. The 6-foot-1 Aghayere led the Seahawks in rebounding, including grabbing 22 in a game against Madison,, in 2013-14.

Delaney Wickman, track and field — Northeastern University. Wickman was a state meet participant last spring, taking third with the girls 4×400 relay and fifth in both the 200 meters and 400 meters.

Taylor Stone, field hockey — University of Louisville. Stone had 23 regular-season goals and 20 assists to lead the Hornets to an 18-2 regular-season record this fall.