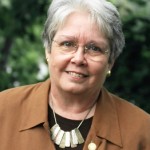 Former Fairfax County Board of Supervisors Chair Katherine Hanley has been appointed to the Metropolitan Washington Airports Board.

Hanley, a Reston resident, was one of three new MWAA board appointees announced by Gov. Terry McAuliffe on Friday. Other new appointees include former Virginia House of Delegates member Charles Caputo of Herndon and Bruce Gates, an Alexandria resident who is Senior Vice President of External Affairs for Altria Client Services, Inc.

Hanley was the Providence District Supervisor from 1986 to 1995 and Board of Supervisors Chair from 1995 to 2003.  She also served as the Secretary of the Commonwealth under then-Gov. Tim Kaine from 2006 to 2010 and has served on the Commonwealth Transportation Board.

“I cannot think of a more qualified candidate to serve on the MWAA Board than Kate Hanley, who was my mentor and predecessor as Providence District Supervisor and Chairman of the Fairfax County Board of Supervisors,” Rep. Gerry Connolly (D-Va 11) said in a statement.

“Kate Hanley has been involved in nearly every major regional transportation decision for the past three decades. As a resident of the Dulles corridor, she is intimately familiar with the relationship between the Airports Authority, the local community, toll road commuters, Silver Line riders, and the regional economy.”